The Dancor Group is a major subcontractor in the construction industry, with a workforce of up to 450 people and offices across the UK.

As one of the leading subcontractors in the construction industry, the Dancor Group HQ has flexible work space for both site managers returning back to base, as well as permanently based office staff. With the business growing in size monthly and with a flexible team of over 450 people, the requirement for Wi-Fi coverage throughout the building was increasing.
Staff were finding that throughout the two floors of the building, the Wi-Fi coverage would drop out regularly, there were many occasions where staff couldn’t connect, and that visitors would be given the Wi-Fi password and being able to access sensitive company information on the network.

We identified that the office was being served by one access point which was housed under a metal staircase in an IT cupboard in one corner of the building, which was only the 2.4GHz wireless band. This was a semi-professional access point meant for very smalll businesses and provided by a previous IT supplier.
We met with the management team to discuss the requirements of the staff, the software they use and how we could future-proof an investement in Wi-Fi technologies. After this, we conducted a site survey taking into account the wireless environment and impact of other technologies in the building, as well as those from other firms nearby, identifying free wireless channels in the crowded industrial estate.
Ubiquiti UniFi access points were installed in the main hub areas of the building on both floors to allow seamless transfer for staff to use VOIP phone technology and for when they move between meeting rooms and desk space. The Ubiquiti Controller and APs were configured bespokely following the points raised in the site survey report and the network was secured with mulitple options for staff and guests.

The extra AP’s have meant that the temporary influx of staff numbers each week, and the growing number of them can all visit the HQ and successfully connect to the network.
By installing dual band access points, we have removed interference issues and the likelihood of users dropping out across the network, leaving them free to move their devices between meeting rooms, desk hubs and other working spaces. The network has additionally been secured between staff and visitors. Reports of issues with the network have reduced from daily occurrences to hardly ever. 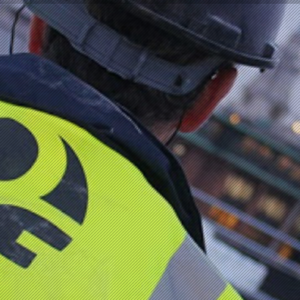