Songkick is an American and London technology company that provides concert discovery services and ticket sales for live music events.

We were invited to the East London offices of Songkick in the heart of Shoreditch, an area of London where we are increasingly called to due to the density of technology offices that have sprung up in recent years.
This technology firm of over 50 people in their head office was having a number of issues with the Wi-Fi signal dropping out on a regular basis. Their offices are spread out over two floors and compromise a number of old office spaces with thick walls and high ceilings.
To try and combat Wi-Fi issues themselves, they were installing extra AP’s in every room, namely a mixture of Ubiquiti Uni-Fi devices of various ages. At times this was giving one access point to every 2 users yet they were still experiencing a regularly dropping out Wi-Fi signal.
Regularly staff were leaving the building to work remotely due to the lack of internet access, which has the potential to cause a drop in productivitiy and team work.

We initially met the team after a number of telephone consultations, and understood that they had not configured any of the devices apart from plugging them in and giving the network a name and password, leaving them to the manufacturers setup.
Like most of Shoreditch, the area has had an infux of technology firms all bringing in their own communications technology, and a site survey throughout the office areas showed many conflicting channels all causing interference.
The IT team believed that being dual band access points (working both on the 2.4GHz and 5GHz wireless bands) that the signal was therefore OK. Closer inspection of the network revealed that 90% of the users were connecting on 2.4GHz where there was a lot of competition from neighbouring businesses.
We also revealed that due to the lack of setup of the access points to correct confiugation, users were often not handing over between access points as they moved around the building, and were often connecting to AP’s on a different floor or office space than the closest one.
We bespokely configured the network based on our measurements and site surveys, separating out the 2.4GHz and 5GHz signals, manually setting the most appropriate channels and signal strengths, even removing a number of AP’s from the network. We also performed configuration of each Ubiquiti controller to allow for better handover between AP’s.
With the area so crowded on the 2.4GHz band, we educated the staff to encourage people to use the separated out 5GHz band network.

We have reduced complaints about the wireless network significantly and provided further network capacity and coverage without the requirement for more investment.
This has allowed for a much quicker network speed for many people as they are connecting to the local AP and most importantly, staff are coming to work and being able to work in their own offices. 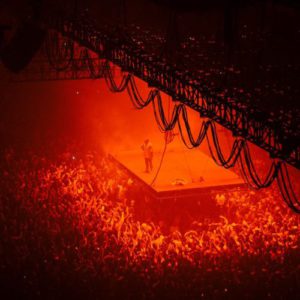