Could Basic Wi-Fi Help in the Detection of Weapons and Bombs? 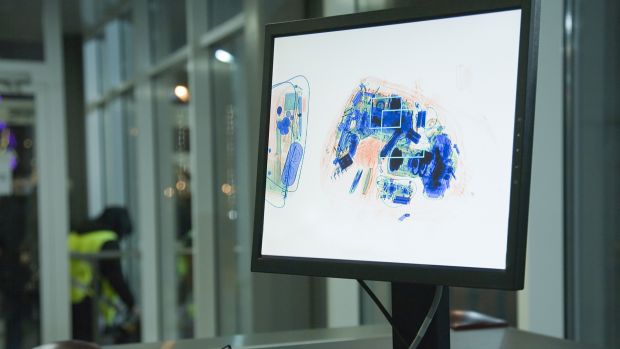 Could Basic Wi-Fi Help in the Detection of Weapons and Bombs?

When you say Wi-Fi nowadays, you automatically think of how you connect your personal devices to the internet, be it smartphone, laptop or music player.

But there is so much more to our beloved Wi-Fi than that.

Researcher’s claim that basic Wi-Fi could aid in detecting bombs and other weapons, with this discovery helping to cut down on the need for expensive scanning technology that is currently used today.

Rutgers University researchers have said that public places such as schools, universities and museums could detect guns, bombs and explosive chemicals using a pure and simple Wi-Fi network.

The researchers have revealed that using Wi-Fi technology, they have managed to develop a method of detecting what is inside a bag using wireless internet signals, without having to actually look through the items.

The system used comprises of a Wi-Fi enabled device equipped with between two and three antennas. The device uses a Wi-Fi signal to bounce signals off the objects in a person’s bag, creating a picture of what’s inside.

Researchers claim that this is such an accurate method that it can even predict the volume of liquids in bottles or other vessels, shedding light on whether they could be used as a makeshift bomb.

Researchers saw impressive results in their tests. In their experiments using 15 types of object hidden in six different bag types, they reported a 99% accuracy rate for dangerous objects, 98% for metal objects (such as cans) and 95% for liquids. The easiest bag type to scan was backpacks, with a 95% success rate of predicting what was inside, however when an object was wrapped up inside a bag, this success rate dropped to 90% – Still an impressive result!

Unfortunately in this day and each there seems to be a growing need for protecting people from weapons, and study co-author and professor in the Department of Electrical and Computer Engineering in Rutgers-New Brunswick’s School of Engineering Yingying Chen said “This could have a great impact in protecting the public from dangerous objects.”

Specialist equipment used for detecting dangerous items in a bag could be replaced if this Wi-Fi system is deployed, drastically reducing the cost by using Wi-Fi signals in this special way.

This technology is generally already in place, and scans could also be completed by existing security staff without the need of additional training. It also gives more privacy to those passing through these places by allowing screening to happen without bags being opened – what school pupil wants to empty their backpack in front of all their peers, with or without a weapon in transit?

When we talk about security scanning, our thoughts go straight to aiports but there are other large public areas that also require security screening where it’s not so easy to set up screening infrastructure, logistically and financially.

In addition, without that type of screening technology in place, they would rely on manpower to physically check bags. This method of using Wi-Fi propose by Chen would reduce manpower and expense.

With the aviation industry being the biggest user of security screening, it is one of those set to benefit most from this technology. Trials and already being being held at a number of US airports so watch this space.

Who knew Wi-Fi could literally save a life?