Inflight Wi-Fi – How Does It Work? 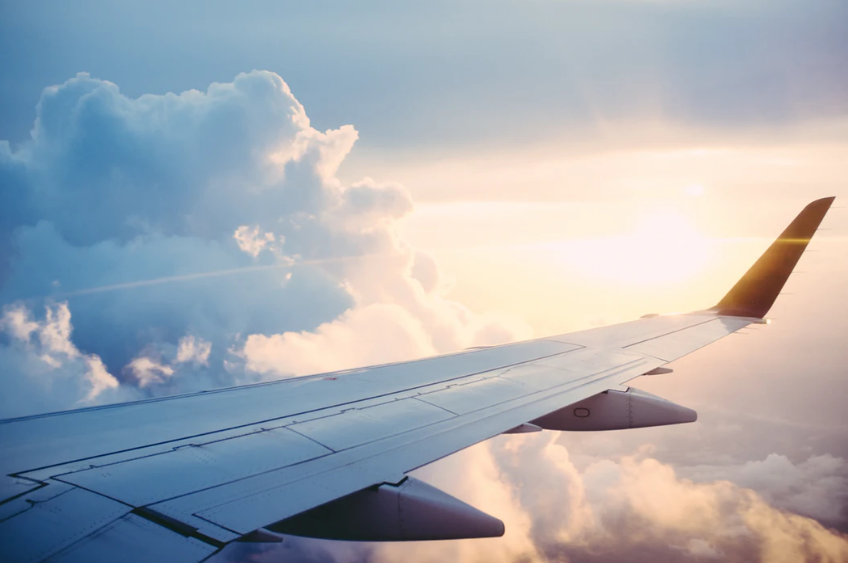 Are you one of the 94% of people that travel around the globe thinking that inflight internet would enhance your travel experience? Maybe you’re even one of the 30% of those people that look for this very feature when booking your flights. Or perhaps you don’t want internet during flights at all and you actually look forward to having a break from the aimless scrolling and email bombardment. What it comes down to is that the majority of people now expect to be able to access the internet at 35,000 feet.

And it’s not just beneficial to us as customers – By 2035 it’s estimated that it will be making the airlines an additional £15 million in revenue.

It’s not very surprising then, that more airlines are rushing to update their amenities with inflight Wi-Fi. But how are they doing it? Just how does Wi-Fi work 6 miles above sea level, going 560 mph?

It works one of two ways; Internet can either reach planes via Air to Ground systems or Satellite.

ATG was the first system to be developed to provide internet on planes. It works just like the way ground-based mobile data networks do – But instead of focusing signal downwards, the mobile towers project them upward towards the planes. The planes have antennas fitted to the underneath of them which receive the signal and then send it on to the onboard server. There are Wi-Fi access points installed inside the plane which provide access to the passengers via a server which has a modem converting radio frequency signals into computer signals (and vice versa). On the ground, there are towers along the flight path enabling information to be exchanged between the ground and the aircraft. Similar to how your broadband internet services providers operate, the towers are connected to control centres run by service providers.

An example of the devices used in an ATG system on a plane would be 2 main antennas under the belly, 2 side antennas, an onboard server and a number of Wi-Fi router antennas inside the plane.

It sounds pretty straightforward but there are 2 main drawbacks to the ATG systems.

This is more complicated, but inflight Wi-Fi using satellites is faster and more reliable and largely works in the way you would secure an internet connection in a rural location.

Rather than having the antennas on the underneath of the aircraft, they are installed on top of the plane. Satellites that are orbiting the earth send a signal that is then received by these antennas. In order to successfully receive the signals, the antennas in this scenario have to constantly adjust their position as both the satellite and the plane are moving at such high speeds and are so far apart (approximately 22,000 miles). Instead of under the belly of the aircraft, antennas are installed on the top of the plane. This system still has an onboard server and Wi-Fi access points, but in addition also has a device that controls the movement of the antenna based on the flight location and speed. Similar to the ATG system, the satellites are linked to ground stations which are then connected to operation centres run bu service providers.

There are 2 major advantages of using satellite-based inflight internet which are:

As with most things, it’s not all plain sailing (or flying) and there a few drawbacks to this system as well.

As we’ve outlined above, there are significant costs involved with providing Wi-Fi on planes, hence there are very few that offer this as a complimentary service. Most not only see this as needing to be a chargeable service, but see it as an additional revenue generating opportunity. The costs of providing this service are high, but airlines are savvy and know that they can get away with adding their own margin on top as well. Generally, it’s going to be business customers who are utilising this service, keeping up with emails whilst in the air and landing without being behind. This means that they are not personally paying for it, and it will be the actual employers who pay the bill, hence they are more likely to subscribe to the service. It can also be used as a means to give higher tier customers an additional perk to their experience by offering free Wi-Fi.

It might all sound quite complicated, but it’s actually pretty straightforward to get a plane equipped for offering inflight Wi-Fi. For an ATG system, it can be installed overnight, and for satellite-based systems it can take just a few days.

As with most technological advances, the future is looking faster and more reliable for inflight Wi-Fi. High throughput satellites will use the given satellite frequencies more efficiently and by employing a new antenna technology that relies on spot beams rather than wide beams. Traditional satellites use a wide beam that can cover areas as large as a country with just a single beam. This might sound good but it’s actually not – the disadvantage of this is that all flights within this beam have to share the bandwidth. With spot beam, HTS satellites can focus on a single aircraft and multiple such beams can be broadcast by the satellite, enabling much higher bandwidth per aircraft.

Soon enough, through better satellites, better antennas, and more service providers, you’ll be enjoying the same internet freedom in the air as you do in your home. For 94% of you that’ll be great news! Not so great for the remaining 6% though that will no longer be able to use ‘Sorry I was on a flight’ as an excuse for not replying to all those emails.