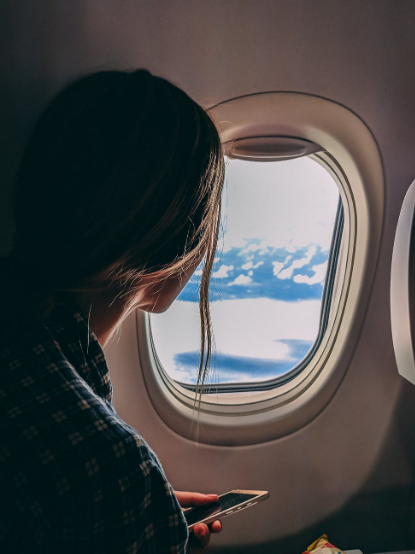 Imagine being sat on a plane, getting your bits ready for the flight and settling down ready for take-off. Finally, you probably check your phone one last time, maybe send a text or upload a selfie and then switch to airplane mode. But what if at that stage you come across a strange Wi-Fi hotspot name?

That’s exactly what happened before one flight this week due to fly from Detroit to Montreal.

Just before the plane was due to take off, the crew came across a personal Wi-Fi network named ‘Remote Detonater’ and it wasn’t switched off. The passengers were requested to turn off all their phones and any mobile hotspots but this particular one remained turned on despite warnings that police would be called if people did not comply.

The passengers were told that staff were dealing with someone in the back, rousing suspicions that there was someone dangerous on board the plane. Police then boarded and removed a couple from the plane – A 42 year old man and a 31 year old woman who were both arrested but then released pending further investigation.

After a 5 hour delay, the plane eventually took off and passengers who asked what happened were told about the threatening Wi-Fi hotspot name.

Surprisingly (or maybe unsurprisingly?) this isn’t the first time a Wi-Fi hotspot name has caused some drama on a light. 4 years ago, a plane in Australia had to let 40 passengers off the plane after someone onboard spotted a Wi-Fi network named ‘Mobile Detonation Device’.

Whether a genuine security risk or someone thinking they’re a bit of a joker, this did get us to thinking about Wi-Fi network names and what people choose to name their SSID’s.

Obviously spotting ‘Remote Detonater’ on a flight wouldn’t be very funny at all, but there are plenty of times where people use their Wi-Fi networks to rouse a laugh or make a passive-aggressive comment against a neighbour. These are a few of our favourites from around the web…

For the sons and daughters out there who are constantly asked by their mother’s which network it is.

Trying to be a bit sly and put freeloaders off trying to access your network with this SSID.

We actually saw this in real life – You might have seen a screenshot on our Instagram page!

Another one aimed at the people trying to steal your Wi-Fi (check out our last blog for how to find those that are stealing your Wi-Fi and how to block them!)

The first of the passive-aggressive ones – When your neighbour is noisy but you’re not sure what to do about it. No need for notes through the letterbox when you can just change your network name!

TMI? Another one for the passive-aggressive neighbours out there.

What better way to respond to your nosy neighbour than with a quick quip via SSID.

What better place to tell your neighbour that their dog is using your garden as a toilet?

Familiar with the second hand tech shop? One of their networks was apparently spotted with varying access; free (for customers), protected (for employees) and then a funny neighbour who jumped on the bandwagon with their Wi-Fi wit.

Another neighbour spat via SSID.