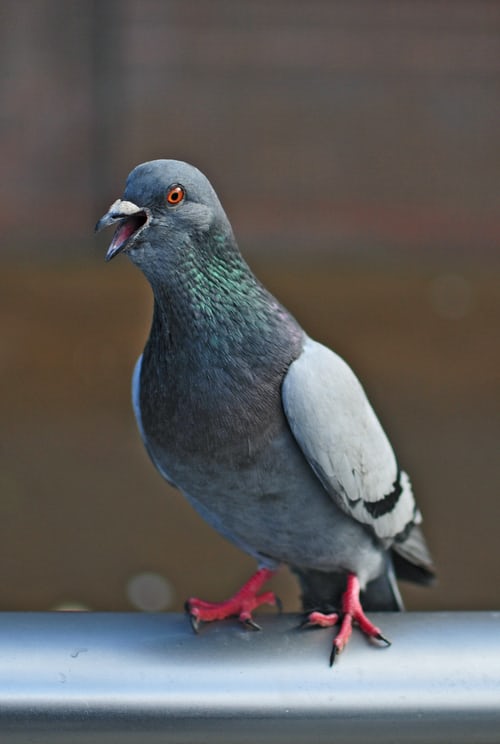 A short while ago we blogged about space entrepreneur Elon Musk’s company Starlink – A new satellite broadband service.

In a recent article from the BBC, a cyber-security expert from The University of Surrey talks about the outages he experiences on his satellite broadband – And how he thinks they could be down to pigeons sitting on his dish!

Those who live in rural areas can only dream of fibre broadband – Satellite broadband gives these people a chance for low latency broadband. This particular cyber expert, Professor Woodward, is one the 100,000 beta testers of the LEO (low Earth orbit) satellite broadband system.

And he believes that his satellite dish looks rather like a modern bird bath – That the pigeons have taken a shining to!

It’s definitely not a bird bath though. This fancy little dish sends and receives signals to passing satellites. There is a constellation of 1,700 satellites at a height of approximately 550km (380 miles). You might have seen them in the night sky! They orbit earth about every 90 minutes.

Starlink plan to mobilise tens of thousands more of these satellite to improve their broadband service. However, Space X, the company who operate Starlink, have been slowed down by chip and liquid oxygen fuel shortages.

Whilst it’s not definitive what is actually causing Prof Woodward glitches, expert opinion says that a pigeon sitting on a Starlink antenna could certainly cause a decrease in performance.

Starlink aren’t the only organisation planning to provide satellite broadband. There are quite a few in the pipeline!

If you’ve not heard of OneWeb, their focus will be on providing internet to businesses, maritime users and the government. They have a deal with BT, which means there is a strong likelihood that they will also provide consumer broadband to rural areas. It could also mean portable 5G cells for hire.

Some people may even be using satellite broadband without realising it! For places where fibre isn’t available, suppliers may run a satellite link. This would feed the local broadband pipe, giving rural homes a connection.

If you’re struggling with a rural broadband connection and are sat wondering how much it might cost to become a Starlink beta tester, then read on.

It currently costs about £500 for all of the equipment you will need, plus £89 per month fees.

Thankfully, it’s pretty straightforward to get it all set up. Starlink will provide you with an app that helps identify any potential obstructions when you’re choosing the best spot for your dish.

You’ll want to choose somewhere flat and easy to get to – But worth considering the pigeons too!

Once you connect to the router and the dish is in prime position, you should find yourselves with fast internet.

What are the actual speeds of satellite broadband?

In this example, the average speeds were 150-200 megabits per second (Mbps) download speeds and 10-20Mbps upload. Whilst there may be occasional dropouts, this scenario didn’t experience interruptions in streaming shows.

And for many people struggling for broadband in rural locations, these speeds are a dream come true.

And with Elon Musk hoping to double the top speeds offered to 300Mbps, there seems to be scope for improvement.

What can affect satellite broadband service?

Well, as the blog title implies, pigeons can be a bit of an issue. But there are also other factors that can affect the service that satellite broadband service users receive via LEO satellites.

Will the skies become crowded?

Astronomers have actually already started observing how busy the LEO is becoming, and how trails of satellites are interfering with their observations.

The possibility of collisions is also a very real concern. Apparently there have already been reported near misses involving Starlink satellites, with experts warning that the ability to prevent collisions between the many satellite constellations will become increasingly difficult for both humans and algorithms.

This means we may require more technologically advanced solutions in order to keep spacecraft safe in space.

Of course, the number of satellites orbiting earth will depend on the demand for them. There’s not much point sending all these satellites up into space if there isn’t actually a demand for satellite broadband here on earth!

But for those living in rural areas where fibre broadband isn’t possible, satellite broadband could be just the solution.

Just make sure to watch out for the pigeons! 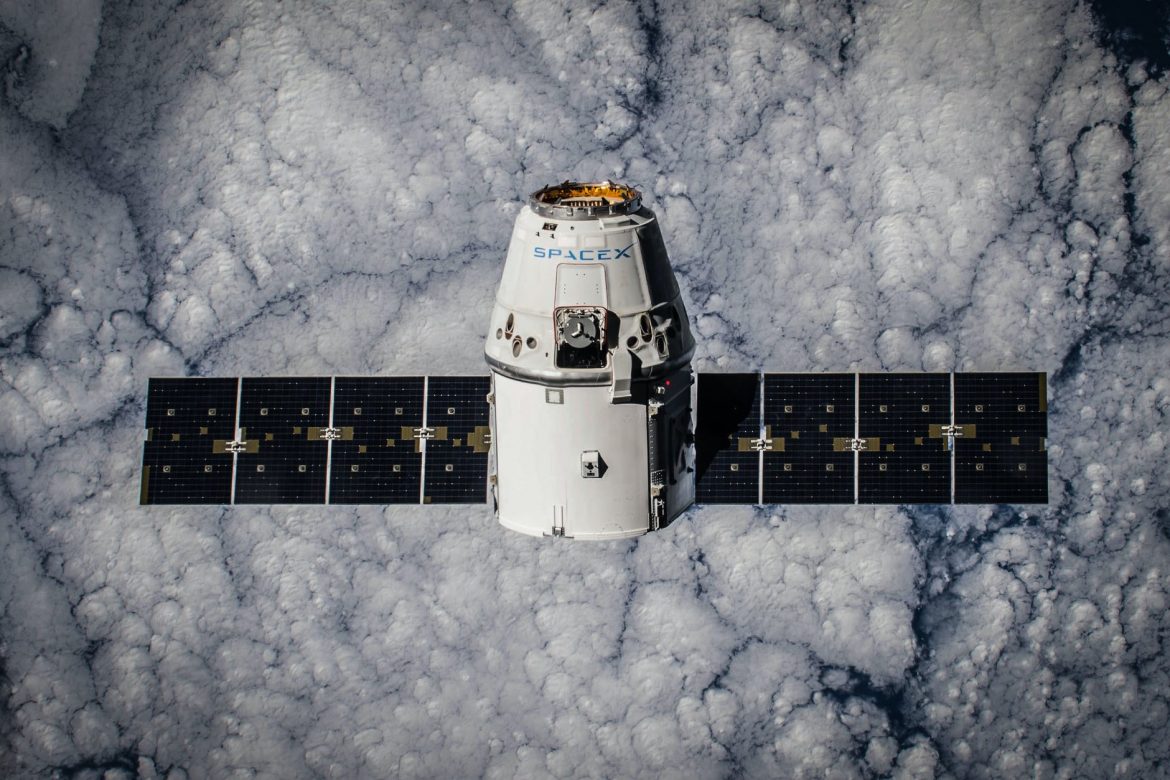 Over the past few weeks we’ve been sharing articles about our clients’ experiences with slow, unreliable rural internet connections. We’ve been able to rectify this problem for them with the installation of 4G antennas and routers.

We’re no stranger to the issues rural villages face when it comes to internet connectivity. Over the past few days UK press has reported the beginnings of a potential new solution that could also help those that struggle with standard broadband connections. You may have seen Starlink in the headlines – But what’s it all about?

Starlink is a satellite broadband internet system from Elon Musk’s SpaceX. It is penned to provide a low latency internet option ideal for rural areas. It will consist of a constellation of small satellites in a low earth orbit, working with transceivers on the ground.

It’s made the press in the last 48 hours for securing a deal with telecoms mast company Arqiva, who will provide ground stations enabling SpaceX to spread its satellite internet service across Britain.

How does Starlink work?

As reported yesterday, Arqiva (based in Crawley, Hampshire) will be providing SpaceX with ground transceivers to increase UK coverage. With large ground station dishes at sites in Hampshire, Suffolk, Buckinghamshire and Bedfordshire, Arqiva has much of the home counties covered.

These ground stations will help to connected broadband satellites to the fibre network, allowing them to deliver internet signals.

The internet services that SpaceX will provide is direct to the consumer via a satellite dish. Although it’s not currently on offer throughout the UK, initial trials have been carried out in Devon and Cornwall with those taking part having received their dishes in early 2021.

The move to secure ground stations will help enable Starlink to expand its satellite coverage across the UK. They hope to cover much of England, Scotland, Wales and Northern Ireland by the end of this year.

When will Starlink have UK wide coverage?

Starlink’s network of low-earth-orbit satellites is growing rapidly. There are currently 1000 small satellites in orbit across the northern hemisphere, with plans to eventually have launched up to 12,000. Coupled with the provider’s move to lease ground infrastructure, this could well be an internet option for rural villages by the end of 2021.

Is Starlink connected to Project Gigabit?

This week, the government have launched Project Gigabit – A £5 billion government project to improve internet infrastructure and bring next generation gigabit broadband to hard to reach homes and businesses.

Officials from Starlink have been in talks with UK government in regards to how their satellite internet service could be used as a part of Project Gigabit, connecting remote parts of UK countryside to broadband speeds of up to 1 gigabit per second.

The rapid expansion of Starlink’s satellite network could accelerate this project.

How much will Starlink broadband cost?

To get set up as a Starlink customer here in the UK, you’ll need to first buy a Starlink satellite dish costing £439. There will then be a monthly subscription fee of £89.

How will Starlink’s satellite internet compare to other broadband offerings?

Trial customers that have started using Starlink’s satellite internet service already, have so far enjoyed speeds of 100-200 megabits per second.

If this standard was to be seen across the UK, especially in rural areas, it would be a significant improvement in internet speeds.

Are Starlink the only player when it comes to satellite internet service?

Earlier in the year, Arqiva reported to investors that they were actively ‘developing opportunities’ with low-earth-orbit constellations customers.

SpaceX was among those that were named, as well as Amazon and OneWeb so watch this space.

Can I get Starlink satellite internet now?

Starlink is currently only offering an initial beta service through trials, both domestically and internationally.

With the news this week in regards to ground stations, it’s expansion is expected to continue rapidly with near global coverage (including the UK) by the end of this year.

This week has certainly seen some exciting new developments within the Starlink satellite internet service. We’re keen to see what happens next, and whether their internet speeds will indeed be as fast and reliable as they hope.

But for now, we’re sticking with our 4G solution to rural Wi-Fi problems. If you need reliable internet now, and a slow Openreach connection just isn’t cutting it, get in touch about our 4G broadband option today. You can read more about how we’ve helped rural clients in Hampshire get a reliable 4G broadband connection here.